Falling unannounced into the city and armed only with a map from a hundred years ago, I set off, hoping to find in the city’s physical form clues to the origins of my own preferences and limitations. At the head of the rose angle, on stone plinths still bearing the stumps of railings long since stripped to avenge a jilted member of parliament, I found smart new metal attachments commemorating some now half-forgotten inhabitants of a virtual space whence we are lured during our leisure time into the work of levelling our imaginations so that the designers of this imaginary place may dine out on the fortunes they make from us. 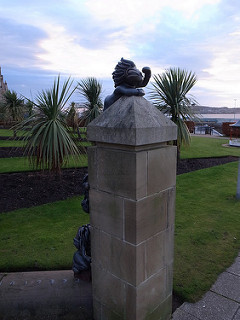 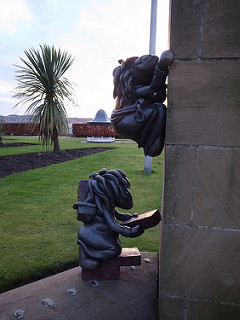 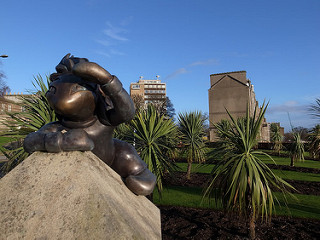 Looking around for the celebrants of this display, I saw an ancient avenue flanked with standing stones at whose head, which the map told me was the place of Airlie Lodge, was now a great mirror catching the winter solstice sun. Its light seared the place like a shining brass eye, that through its enquirer’s gaze sought to claim all that fell within its sight. 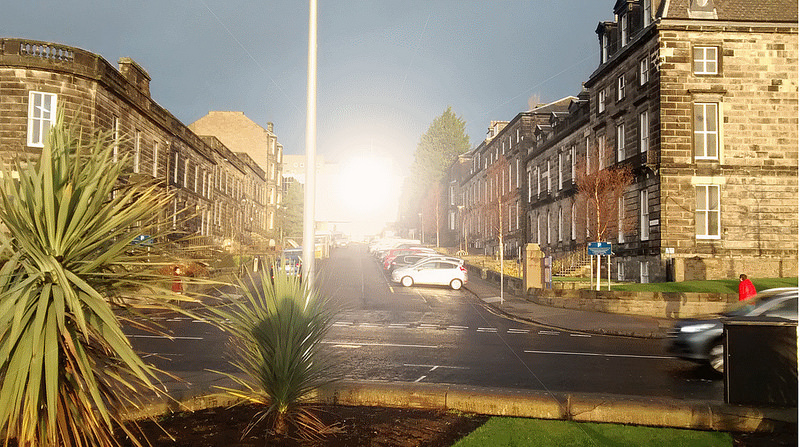 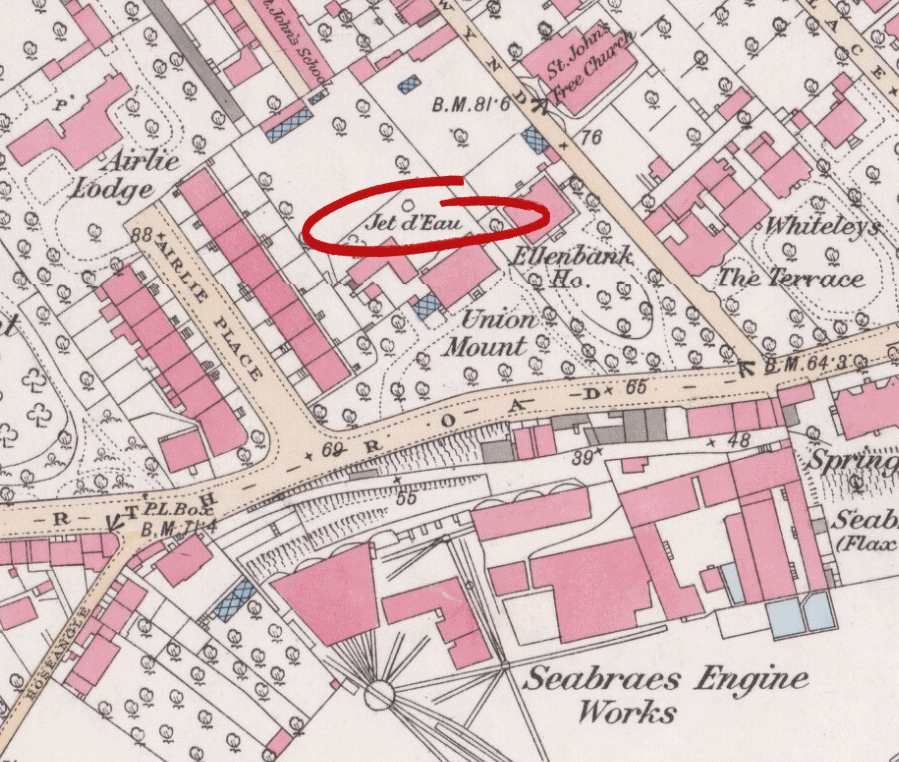 Wanting to escape, I looked again at the map and saw marked behind the house on Union Mount, something labelled “Jet d’Eau“.
The switch to french whetting my curiosity, I made my way there in hope of seeing this great fountain. Instead, I found a quadrangle laid out in planted beds arranged around a sundial and surrounded by university buildings. The place seemed contrived to evoke a particular ideal of a university: that of an Edwardian college built around the secret walled garden of a 17th century aristocratic country house. 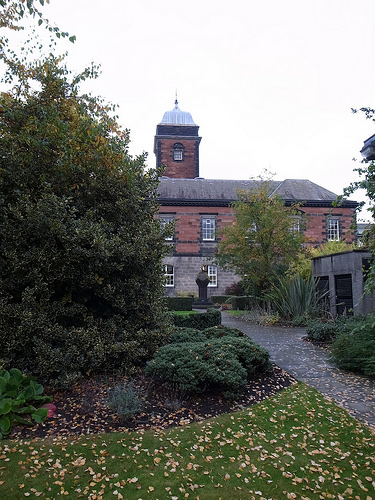 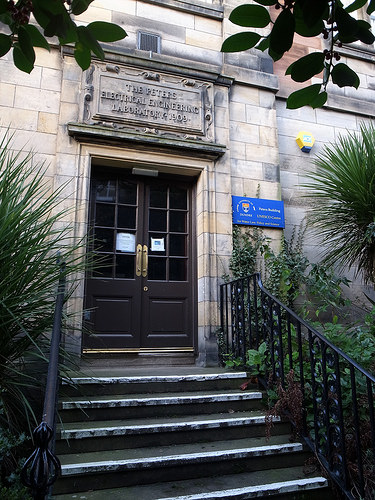 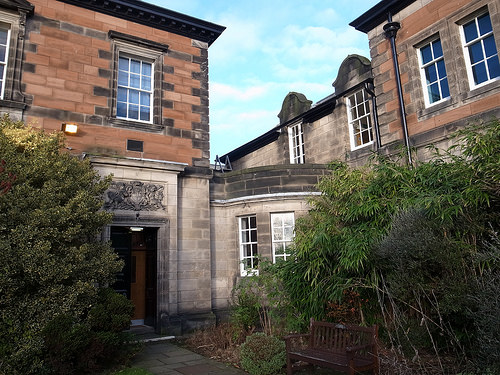 However, windows overlooking the garden led to offices where frustration and chaos seemed to hold sway. 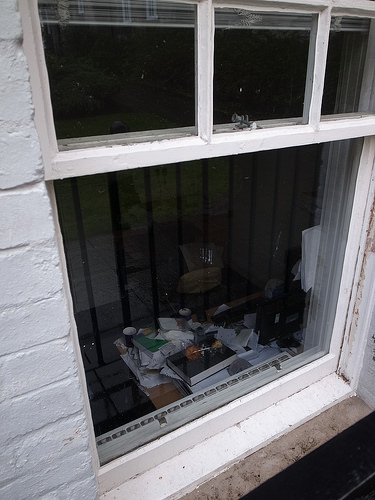 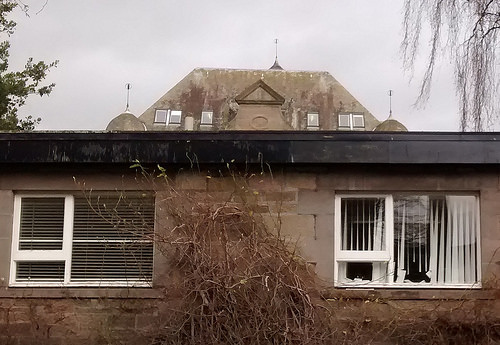 High up, and inconspicuously positioned on a building containing ’Toxic Material’, there was a small plaque identifying this place as the ‘Geddes Quadrangle’. 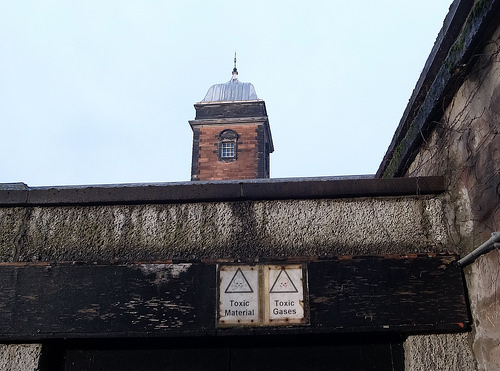 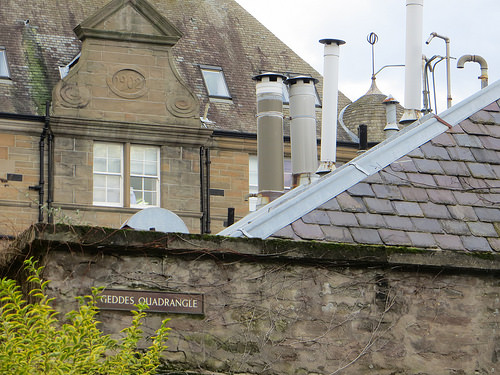 Although he held university positions, Patrick Geddes cared little for formal teaching, preferring field observation and practical intervention. More “adiscliplinary” than merely interdisciplinary in his approach to study, he romped through botany, theoretical biology (his published books include one on the evolution of sex), sociology and economics. Geddes was certainly en evolutionist, but one who drew on Herbert Spencer as much as Charles Darwin. He did not necessarily equate evolution with natural selection and may even have been open to vitalist notions through his correspondence with Henri Bergson. For Geddes, evolution was not so much a matter of “survival of the fittest”, but of finding ways of living together:

it is much for our pure natural history to see no longer struggle, but love, as ‘creation’s final law’

Geddes’ urban regeneration schemes relied on, and were shaped around, the people and resources available locally. Theory was a tool to be used by the particular people of a particular place in their particular work, not a scheme to be imposed by powerful outsiders. With his insistence on broad theoretical syntheses (“thinking global”) together with focus on the contingencies of place, work and folk (“acting local”), there is a distinctly anarchist strand in Geddes’ thought. Architect and town planner Patrick Abercrombie described his visit to the ‘Cities’ exhibition that Geddes presented in 1910 as follows: 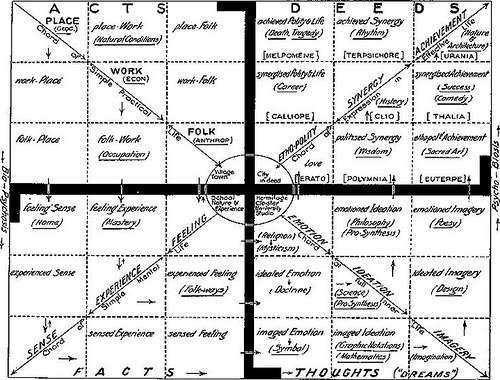 “Within this den sat Geddes, a most unsettling person, talking, talking, talking – about everything and anything. The visitors could criticize his show – the merest hotch-potch – picture postcards – newspaper cuttings – crude old woodcuts – strange diagrams – archaeological reconstructions; these things, they said, were unworthy of the Royal Academy – many of them were not even framed – shocking want of respect; but if they chanced within the range of Geddes’ talk, henceforth nothing could medicine them to the sweet sleep which yesterday they owned. There was something more in town planning than met the eye!”

Perhaps this commemoration of Geddes could be a new “Jet d’Eau” whose anarchist water would irrigate its surroundings as it fell?

One thought on “Jet d’Eau”