Continuing my archaeology of the present, I headed out of Geddes Quadrangle toward Small’s Wynd where, closely encroached by other structures stood a forbidding turreted stone fortress, over whose portcullis were inscribed the words “School of Medicine”. “Like a French château modified by Chicago” is how Charles McKean and David Walker described it. 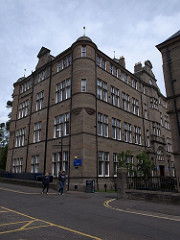 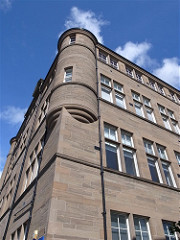 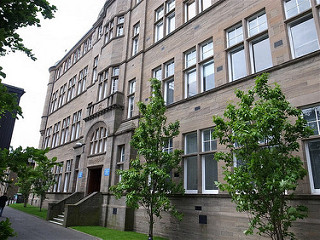 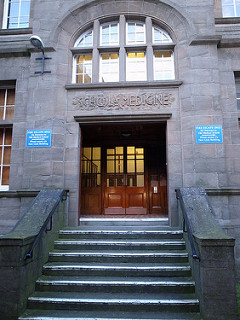 The closeness of other buildings made it difficult to view this structure without looking upwards. In The City in History, Lewis Mumford, who was a long-time correspondent of Patrick Geddes and who developed and expanded many of Geddes’ ideas, in particular the notion that a city should confer upon its inhabitants a vision to live, made this comment on medieval cityscapes: “The short approaches to the great buildings, the blocked vistas, increase the effect of verticality: one looks not to right or left over a wide panorama, but skyward”. This verticality, Mumford saw as reflective of the alienated, skyward-looking religions that underpinned the emergence of urban civilization:

How was the appearance and aspect of this building intended to affect the teaching and practise of Edwardian medicine? What vision to live by did it hand down to those who looked at it only from the outside? What expectations did it encourage? Peering in the windows, I saw intimations of some of the rituals performed there today: 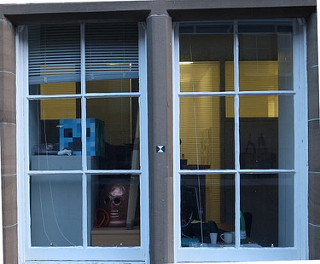 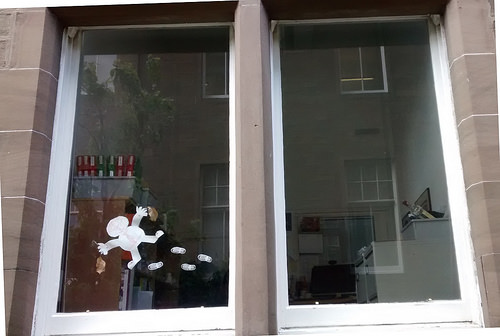 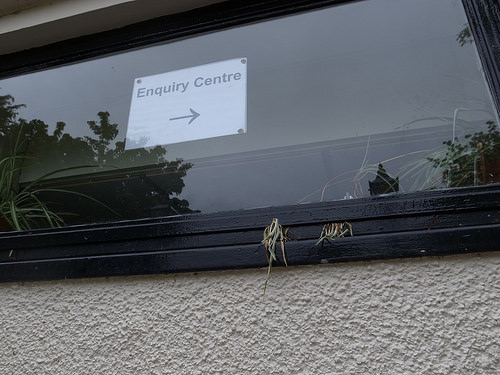 I continued further into the precinct, checking signage for guidance. As I crossed what had once been the site of Airlie Lodge, I was rewarded with a pointer to today’s “Enquiry Centre”.

Following the sign took me past the place where once had stood the Belmont canvas factory and down the hill to the south, Belmont House. The Belmont name lives on in the admirably modernist Belmont Hall. For McKean and Walker, the original 1960s Belmont Hall development represented 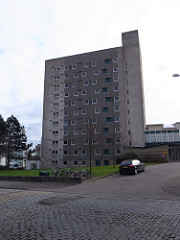 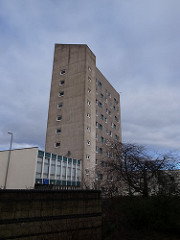 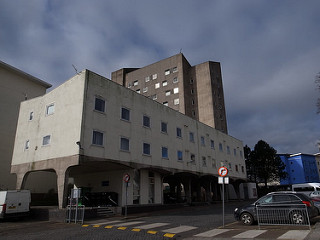 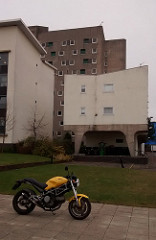 Incongruously, the Belmont Hall tower block is practically the only building still standing that can be seen in photographs of the area from the 1970s by David Lindsay and Joseph McKenzie. In those images, rather than a vestige of graceful ideals, it appears as the brooding harbinger of destruction of what Joseph McKenzie called the “living community”. Was the tower reaching for Mumford’s sky-gods? And if so, was it beseeching them to preserve old ideals of graceful living, or to rain down destruction on the old order so that a new world of enlightened grace could be built in its place? In truth, McKenzie’s “living community” had been founded on 19th century ideals of progress and was always therefore going to finally become dispensable. Among the subsequent surrounding developments, I saw reminders that inevitably one day these too would be made derelict in preference for who knows what set of new values. 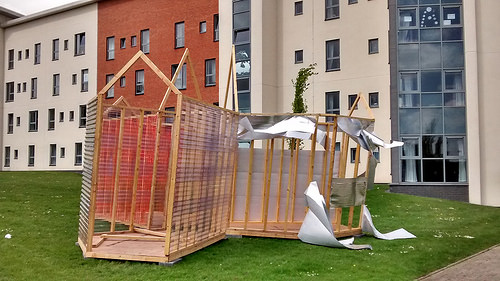 A short distance further on I found a row of antique cottages whose faint glow of bucolic homeliness seemed to protect them from the edifice of megatechnics that filled the sky beyond. 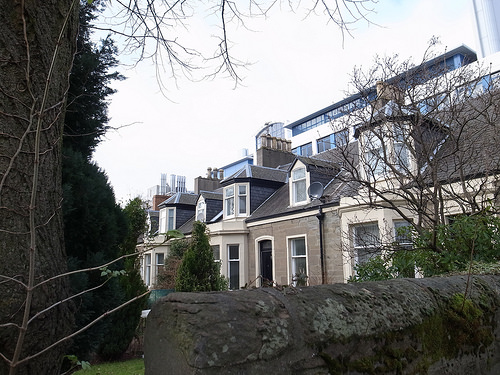 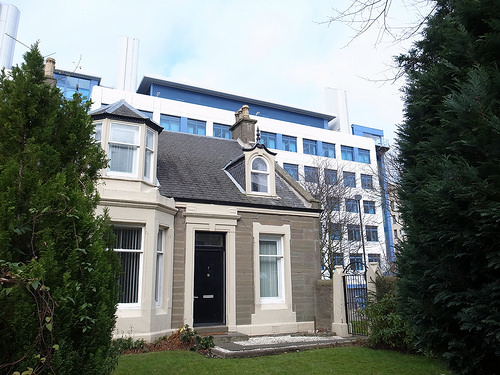 Surely, this edifice must represent the Centre of Enquiry.

One thought on “A Journey to the Centre of Enquiry”