On finally facing the Enquiry Centre, I saw that it consisted of three parts, representing successive stages in its evolution. The oldest section exhibited the brutalist style typical of many British university buildings of the 1960s and early ’70s. McKean and Walker describe it as “a muscular medieval fortress”, and its concrete buttresses and small windows do give it a defensive look. Across the street, another building from the same era was being demolished. The modernist ivory tower optimism of the 1960s cast in concrete and once commemorated in postage stamps was finally fading into oblivion. 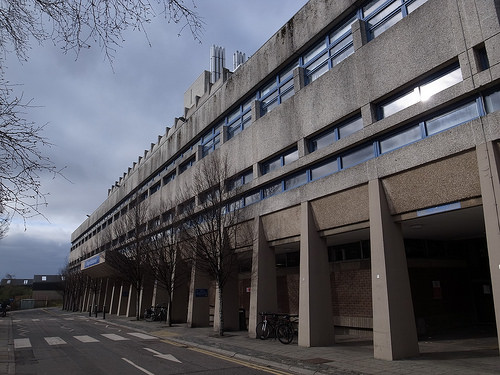 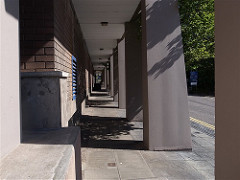 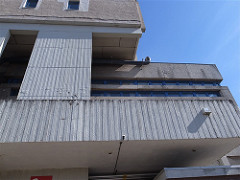 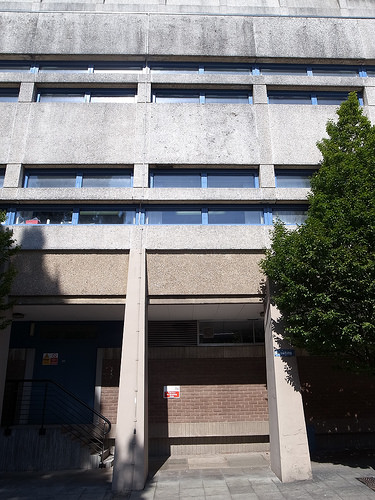 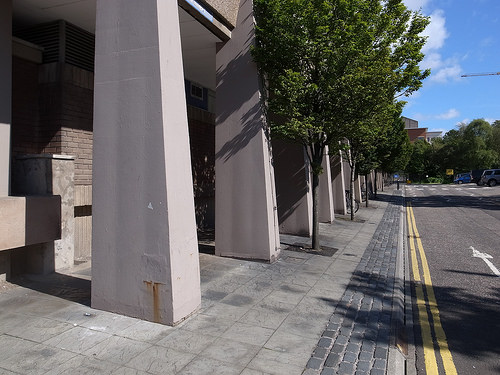 Adjoining the brutalist remnant was its successor. This white and blue 1990s corporate flagship complete with glass atrium and commercial pretensions translated into concrete form the university’s falling in with fashionable abandonment of postwar social democratic optimism in favour of corporatist libertarian plutocratic imperatives. 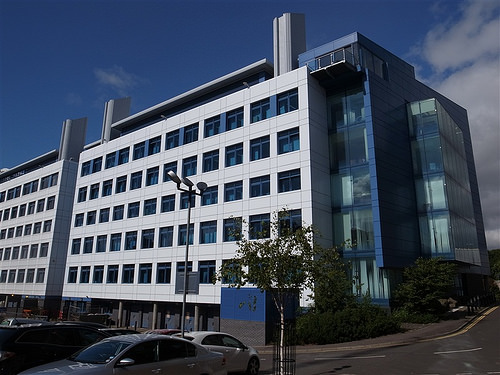 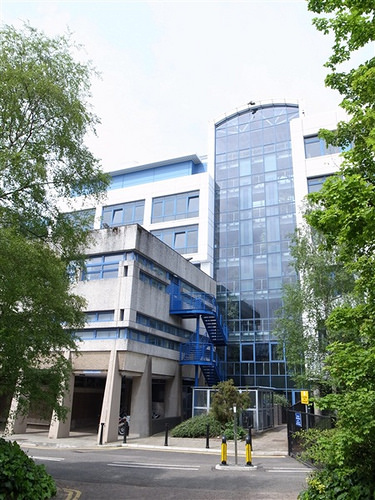 Within a few years, it seemed, the flagship – or perhaps the motivations behind it – had become an embarrassment and its front had been boxed over by a centre for “Interdisciplinary Research”. With its emphasis on making its inside goings-on visible from the outside and accompanying interpretive signage, this gave the impression of a giant display cabinet. 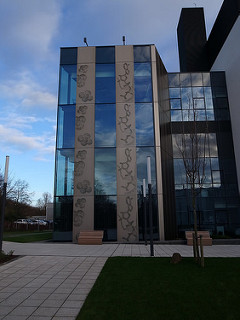 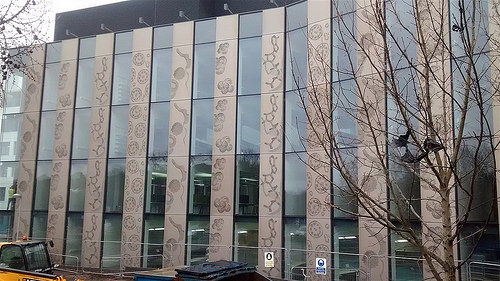 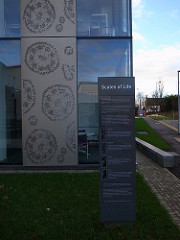 From the signs, I learned that the building was to provide the “scientific basis for life”. This involved working at four physical scales: “Molecular, Organellar, Cellular and Tissue“. To stop at tissue seemed abrupt given that the theme of “life” obviously extends to whole organisms and ecosystems. I read that “molecules are often called the building blocks of life” and that they “make up the organelles, which make up the cells, which make up the tissues”. This certainly provided a reassuringly sense of progression, but it didn’t fit with my own impression that life is rather obviously cyclic. Living things arise from earlier living things. Molecular reductionism may have been a very successful strategy for understanding how that happens, but that doesn’t mean its perspectives necessarily reflect objective reality. The interdisciplinary research of Patrick Geddes seemed a long way off from here.

The molecule motif was repeated in the decorations both outside and inside the building. 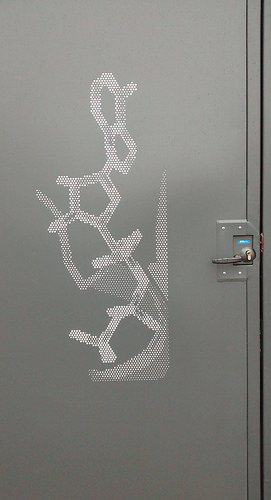 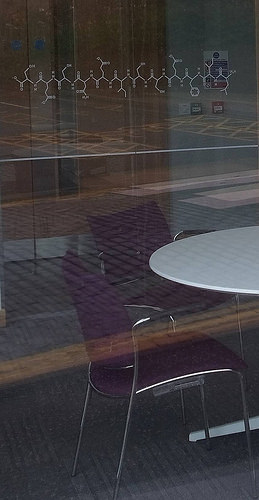 This molecular iconography culminated at the heart of the building in a large molecular model with animated lighting hanging high up like an object of religious devotion. Either that, or a homage to the lighting design of the local SportsDirect store. 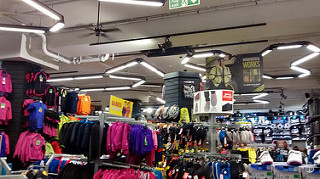 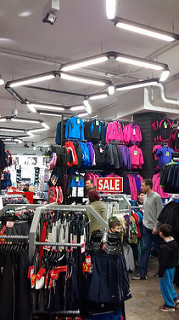 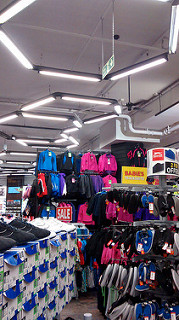 Back on the street, I soon encountered a reminder that optimistic idealism is built on career ambition and the need for financial security. Kate McCluskey didn’t think here was the best choice. 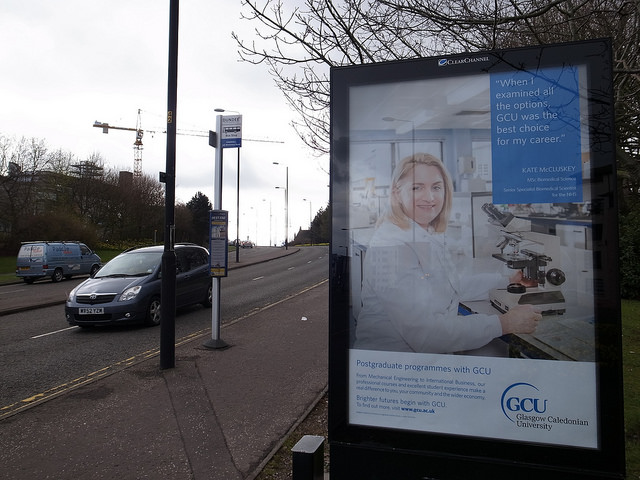